Cancer genome research has accumulated large-scale heterogeneous big data, and recent collaboration between mathematical and computer sciences and life sciences has revealed that cancer autonomously constructs a complex ecosystem among cell populations and weaves a complex life system network beyond human knowledge. In the development of cancer-targeted therapies, it is expected to construct higher-order therapeutic strategies that incorporate the cancer ecosystem, and mathematical modeling methods that enable verifiable and actionable identification of molecular targets are becoming important in addition to conventional comprehensive analysis. In this study, we will develop a squid pustule to capture the ultra-complex cancer ecosystem.
1) mathematical modeling and ultra-fast estimation methods for cancer subclone evolution estimation
2) Robust estimation method for identifying synergistic gene interactions that contribute to drug and survival 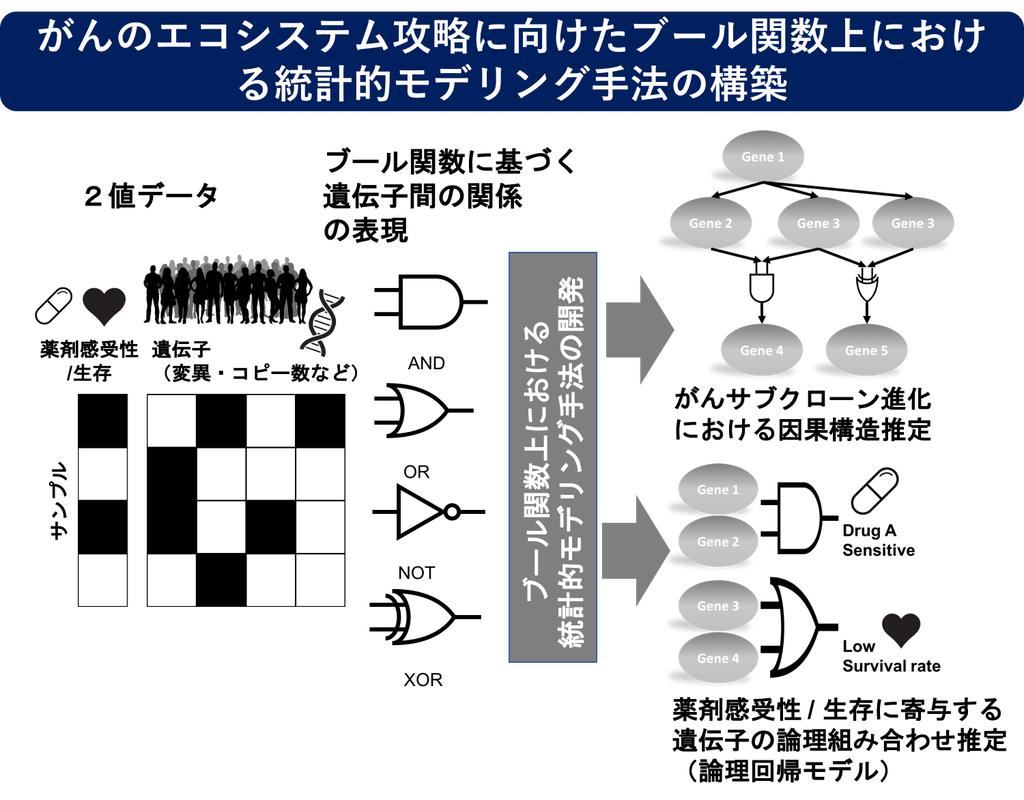 In addition to large-scale cancer genome studies, recent dramatic advances in liquid chromatography-mass spectrometry (LC-MS/MS) have made it possible to acquire large-scale proteome and post-translational modification data on cancer tissues with high throughput. In this research project, we will focus on the proteomic analysis of cancer tissues in order to understand the mechanism of post-translational modification and proteomic changes that define the phenotype of cancer. In this research project, we will establish a large-scale proteogenomic data analysis infrastructure ahead of any other project in Japan by bringing together experts in proteome analysis, genome analysis, and clinical application of proteomics. In particular, we will focus on the following three points. 1.
(1) Establishment of an analysis pipeline infrastructure for massively parallel and highly accurate analysis of cancer proteome big data.
2) Development of statistical modeling methods to identify genomic factors that characterize protein and post-translational modifications.
Development of rapid and verifiable predictive models of target molecules based on cell line proteogenomes 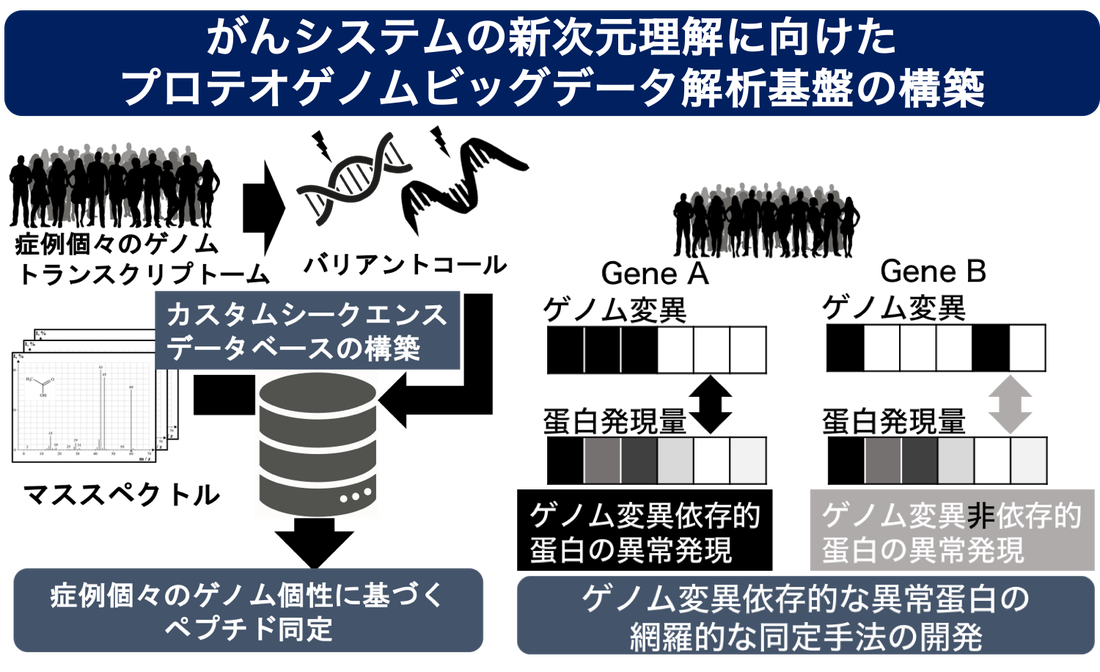 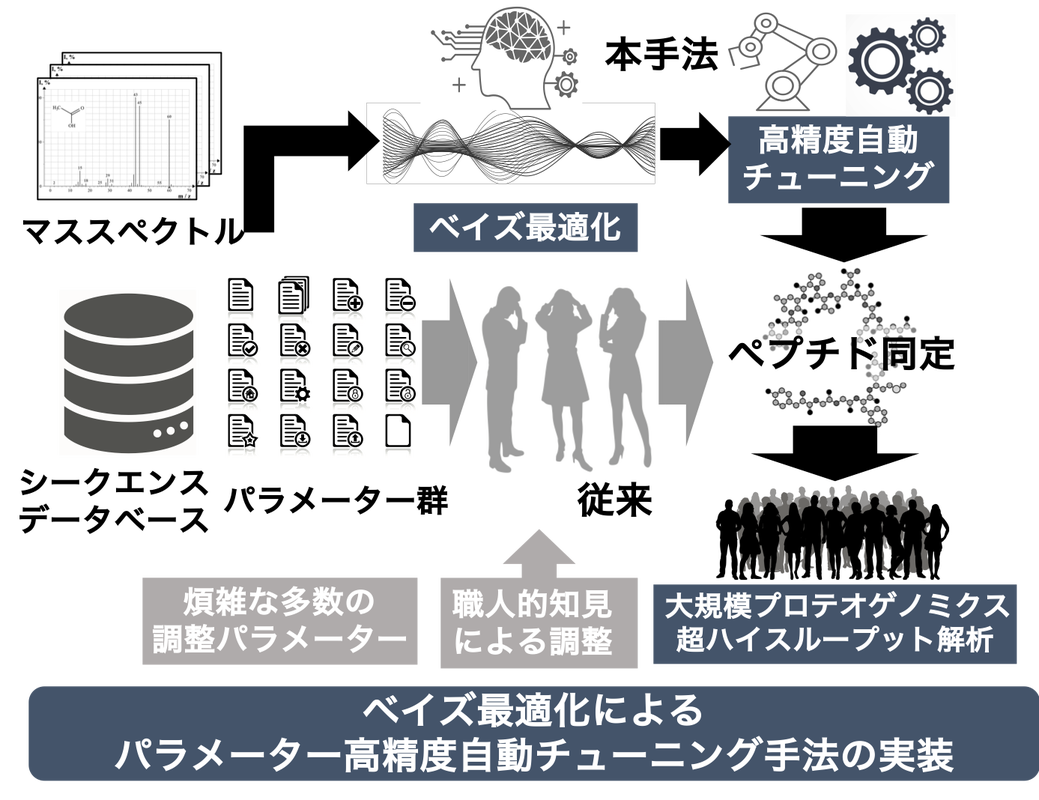 Development of an Object-Oriented Data Analysis Method for Cancer Diversity​

In recent years, the development of mass spectrometry and image analysis, including next-generation sequencers, has led to the accumulation of huge and heterogeneous cancer big data, and the technological basis for their analysis has become an issue. On the other hand, the field of statistical science is also undergoing a data-centered turn, and in addition to the conventional numerical matrix data in multivariate analysis, object-oriented data analysis methods, in which each observed value is represented by a variety of data such as histograms, functions, tree structures, and images, are spreading. Object-oriented data analysis methods are becoming more and more popular. Therefore, we are constructing an infrastructure for object-oriented data analysis in order to exploit a variety of big data in the cancer ecosystem, which is extremely complex . 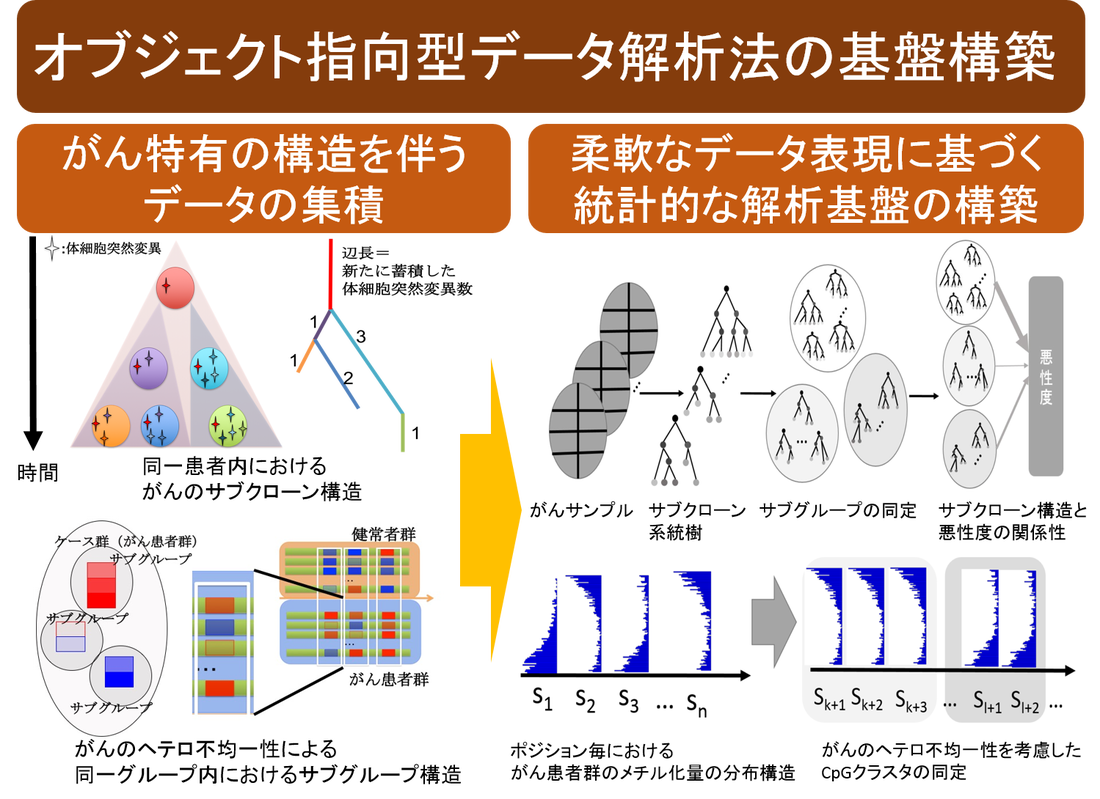 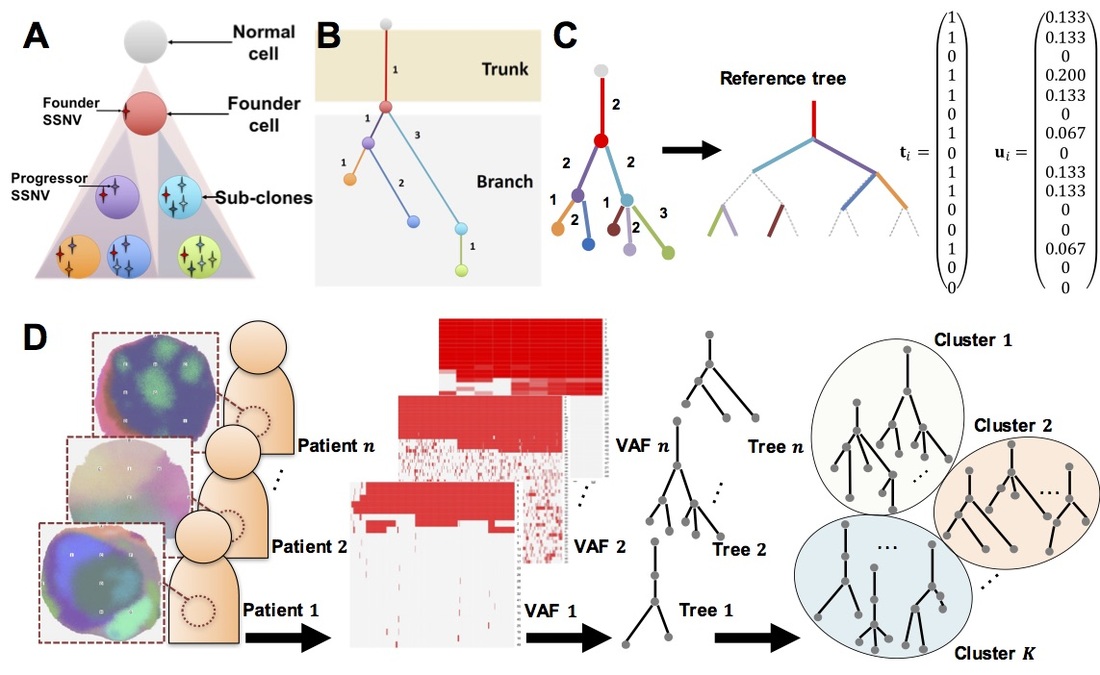 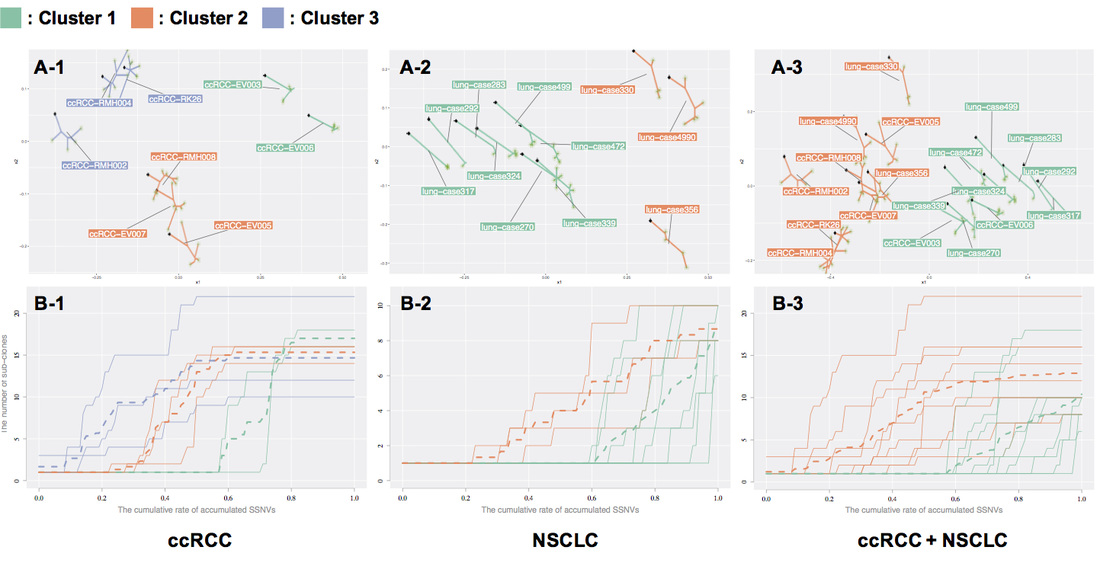